Over my many colourful years based in Brighton, I have had the privilege of working with many talented and innovative theatre practitioners – from working as voice animateur with Open Air music on The Brighton Muses , a huge community piece to celebrate the re-opening of the Brighton Domein 2002   to composing the vocal music for Medea by Company:Collisions as well as many collaborative projects with Periplum Theatre, including RiSing, (see song cycles) and Souterrain for Wild Works theatre in Stanmer Park.

One of my passions, as a composer and workshop leader, is to weave together story and song – sometimes accompanied by simple ensemble movement and ambient sound effects (vocal, instrumental and sampled) – to create through composed, often intricate and deeply satisfying musical journeys. These are exciting projects to create and develop and I love the challenge of devising in this way– they push the boundaries of community singing and drama and provide rewarding and often thought provoking performances. I have been greatly inspired by song cycle work penned by my colleagues and friends; The Raven by Ali Burns and Blazing Heart by Helen Chadwick are the first to mind.

I have written a number of song cycles for choirs; 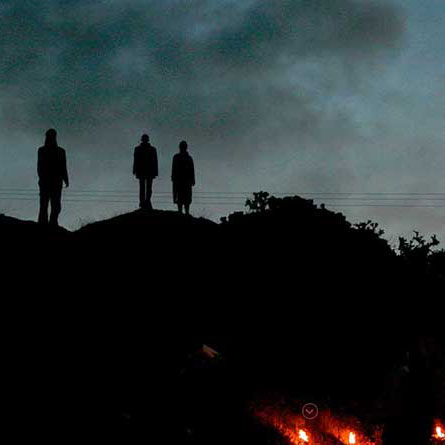 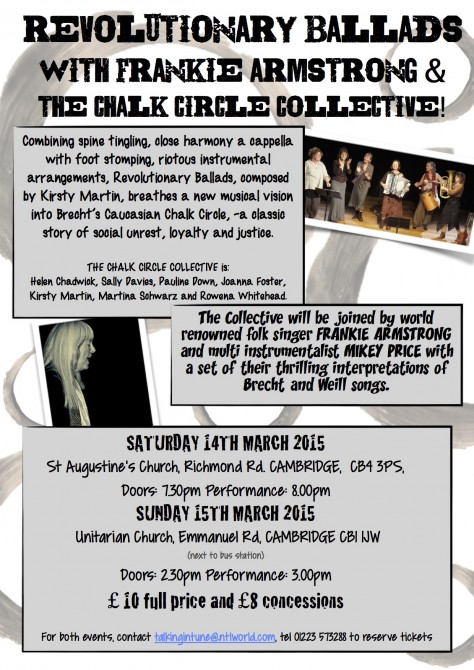